Spectacular coffee-table-quality book filled with photos, stories, and results from the Moloka‘i Hoe and Na Wahine O Ke Kai outrigger canoe races during the years 2006 to 2016.
Order now for delivery in time for Christmas gifting.

This new book includes the stories and photos of the Moloka‘i to Oahu outrigger canoe race between 2006 and 2016, like the original volume covered the years between the start of the race and 2005. As in the past, each year’s races add more unique stories and photos to the rich history of Moloka‘i-O‘ahu told in this book. For the Moloka‘i Hoe, Tahitian domination has been the big story while on the Na Wahine side, Hawaiian crews emerged as the major force. Special features include a recounting of the harrowing start of the 2012 Na Wahine O Ke Kai race where crews battled 10-foot plus waves that closed out Hale o Lono — told by paddler Norma Creps. Jim Foti’s account of a practice session just two days before the Moloka’i Hoe in 2014 will have readers on the edge of their seats. 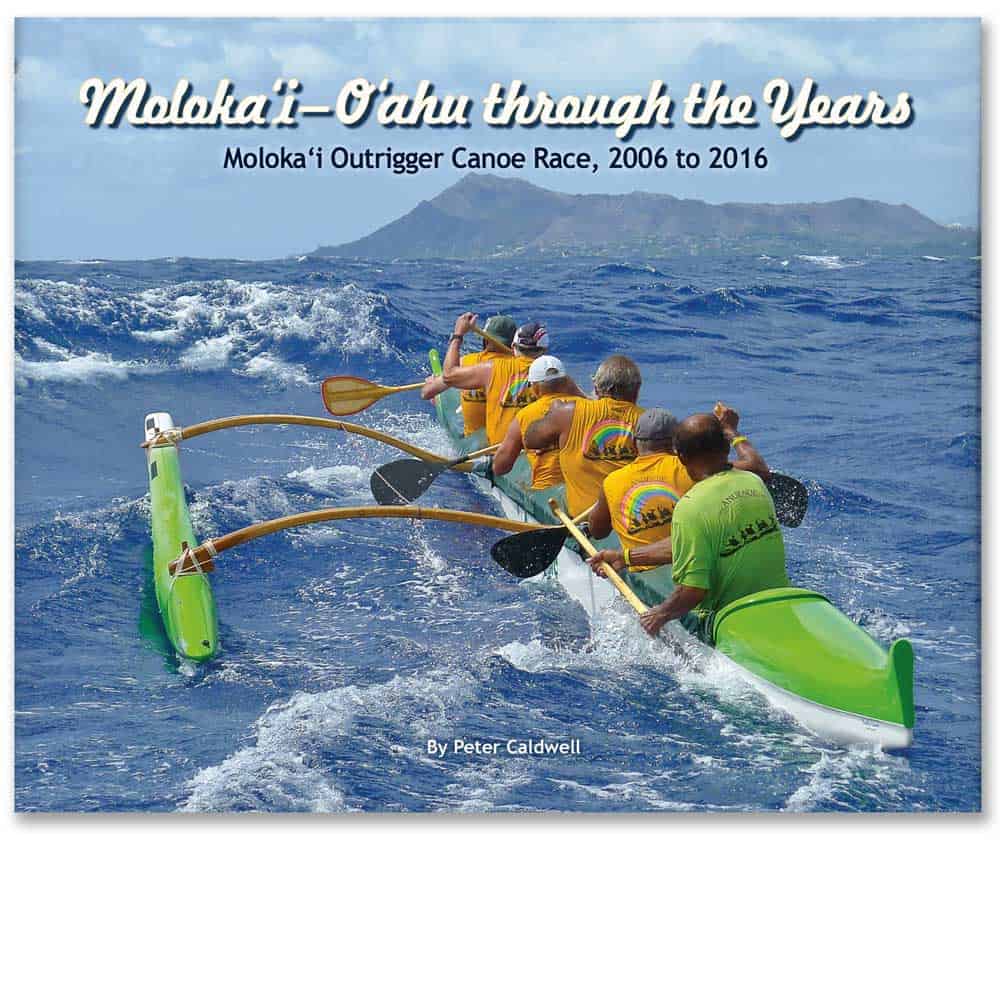